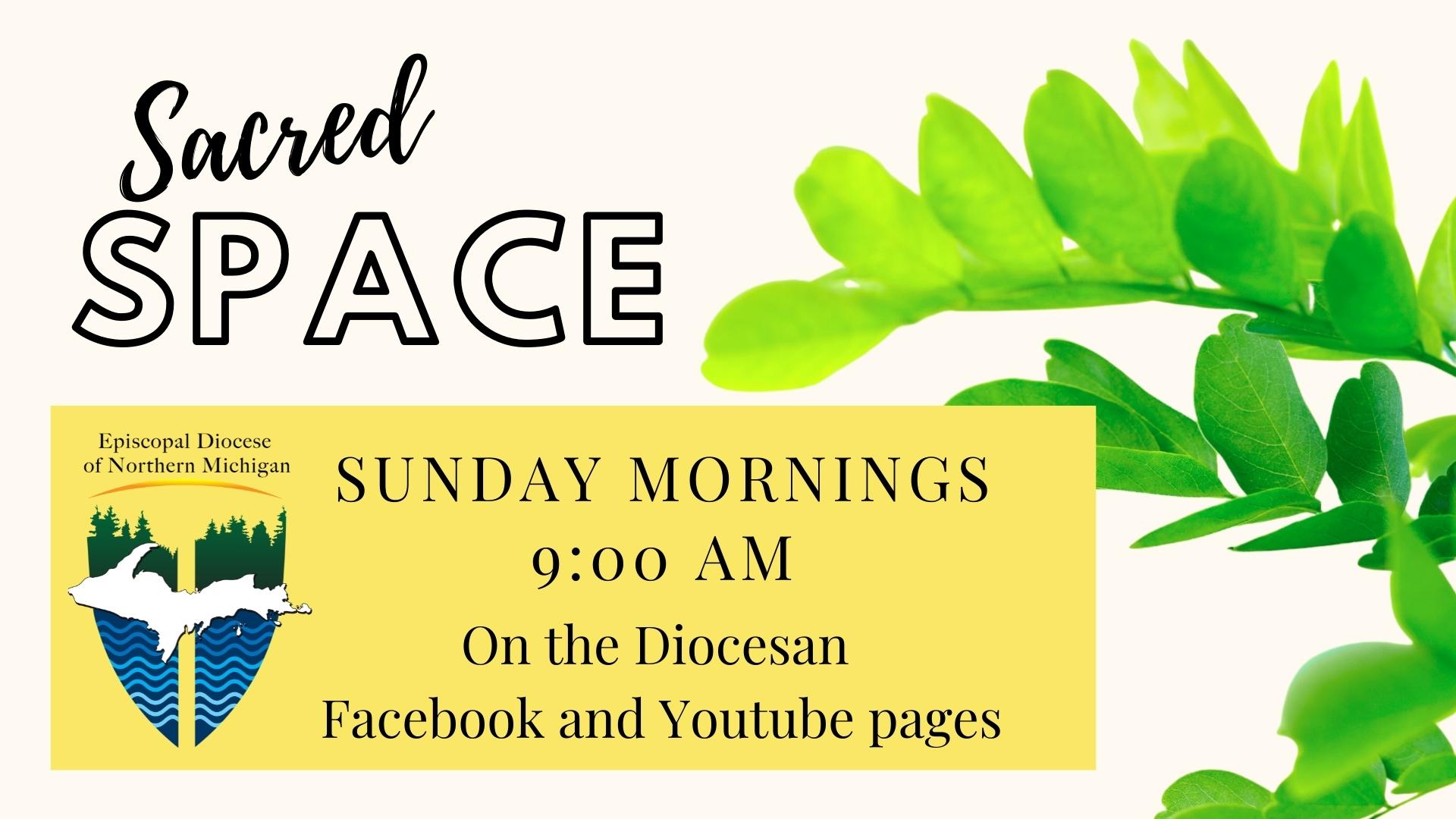 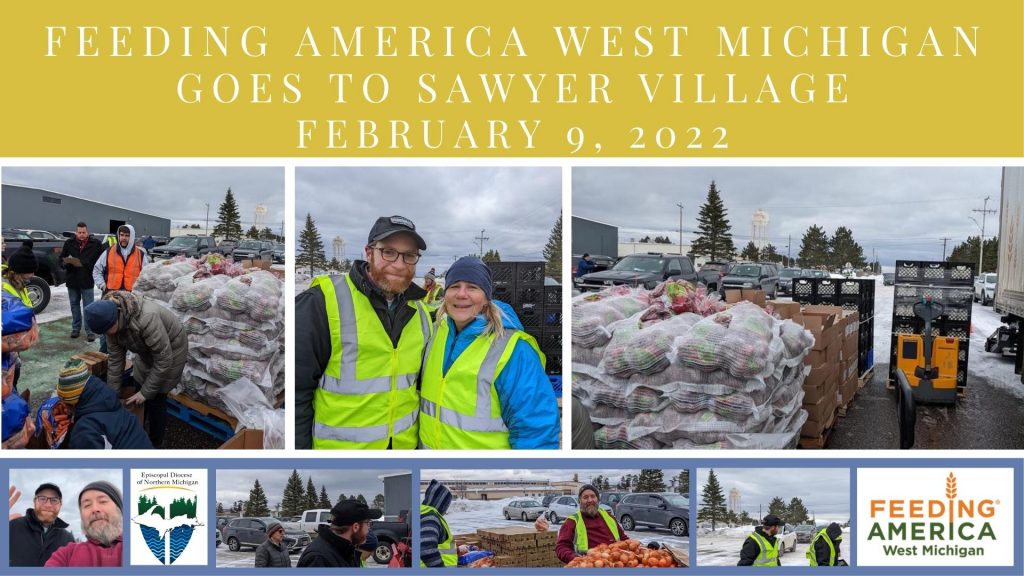 Connecting as a Community to Fight Hunger

Building upon the success of other food distributions they have hosted in Marquette and Munising, UPHCS and their partners made a truckload of healthy and nutritious food available to people from the Sawyer area who need access to good nutrition.  Volunteers ignored the cold wind and loaded cars with milk, baked goods, beans, yogurt, and fresh vegetables such as
potatoes, carrots, and onions.

The Sawyer distribution was scheduled to run from Noon until 2:00 p.m. EST, but there was a line of cars filling the parking lot by 11:00 a.m.  Some people were picking up food for their family.  Other were picking up supplies for multiple households;
some of whom are homebound.

Pallets of food were lined up in front of the Feeding America truck. Volunteers were assigned a variety of tasks including loading bags of potatoes, repackaging bulk carrots, handing out baked goods, or directing traffic.  There were smiling faces and cheerful hellos all around as items were loaded into pickup beds, car trunks, and the backseats of vehicles.

Volunteers came from several different organizations and locations and worked together as a team to make the event a
success.  Some were working their first distribution.  Others return time and again.  Members of Grace Lutheran Church
in Gwinn, who volunteered for this distribution, have begun hosting their own Mobile Food Pantry in nearby Gwinn.  Their next
distribution will take place on March 2 at Grace Church, 558 W. M-35 in Gwinn.

Bishop Rayford Ray of the Episcopal Diocese of Northern Michigan praised the spirit of the volunteers and the cooperation
that makes events of this sort possible.  “We really appreciate partnerships with all of the groups involved.  It is cooperation and collaboration that allows us to serve Marquette County in this way.”

Notably, one volunteers present is a local celebrity:  Joe Pera, comedian, actor, and creator of the nationally syndicated show Joe Pera Talks to You (airing on the Cartoon Network & HBOmax). Pera was visiting Marquette and offered his time to volunteer alongside the other community members.

The Mobile Food Pantry program arose out of need.  According to the Feeding America website, there are more than 9,000 people in Marquette County who are food insecure.  This means that they do not have regular access to the nutrition required to lead a healthy life.

A look at the numbers illustrates the powerful impact of the Mobile Food Panty program.  In 2020, Feeding America West
Michigan distributed 24,391,926 meals in Western Lower Michigan and the Upper Peninsula.  In Marquette County, the
number of meals was 381,324.  That is a lot of food helping a lot of people.

The program is made up of numerous smaller events, each one touching the lives of many people.  On Wednesday at Sawyer,
Feeding America served roughly 200 households, with food being distributed to 559 individuals, 154 children, 134 seniors, and 35 veterans.

Pastor Jack Busche of Grace Lutheran spoke of the importance of these events.  He sees hunger as a community-based problem, not individual. “Fighting hunger is mostly about reconnecting community ties.”

Wednesday’s event had a powerful impact, both for the food distributed, and for the human connections made.